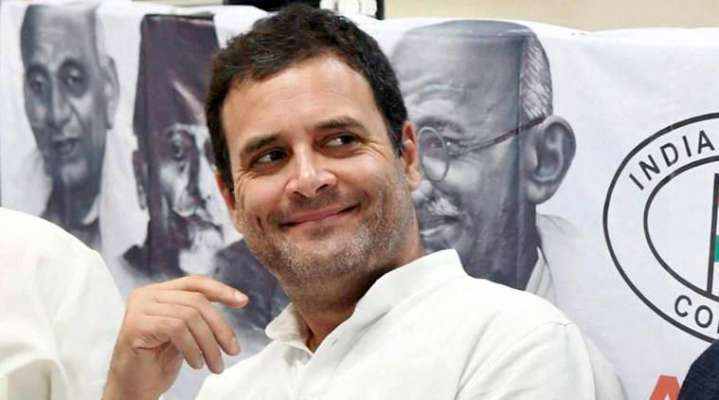 New Delhi | Congress vice president Rahul Gandhi today attacked Prime Minister Narendra Modi over the Rafale fighter aircraft agreement and asked the media why it did not question him for allegedly changing the “entire deal” to benefit a businessman.

He also asked why no questions were posed to the prime minister on Amit Shah’s son Jay, whose company the Congress has alleged has witnessed a quantum jump in turnover since the Modi government came to power.

He was speaking to reporters after the meeting of the newly formed All India Unorganised Workers Congress (AIUWC).

He expressed satisfaction over the formation of AIUWC and said he felt good interacting with them.

Earlier this week, the Congress accused the government of compromising national interest and security while promoting “crony capitalism” and causing a loss to the public exchequer.

The BJP rubbished the allegation, claiming it was intended to “divert attention” as the party bigwigs faced the prospect of being questioned in the AgustaWestland VVIP chopper scandal.

Dassault Aviation, the French manufacturer of Rafale aircraft, refused to transfer technology to it and instead entered into an agreement with Reliance Defence.

He also alleged that the aircraft was being purchased at much higher rates than what was decided after the completion of the tender process under the previous UPA government.