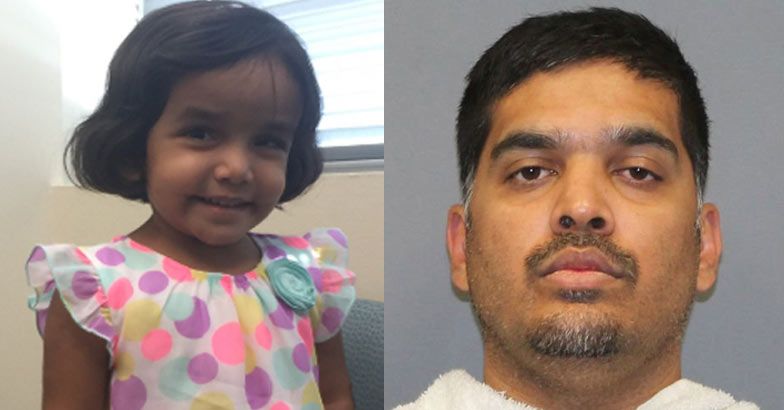 erala native Sini Mathews, the adoptive mother of Sherin Mathews – the 3-year-old girl who was adopted from India and found dead last month in suburban Dallas, has been arrested and charged with child abandonment.

The Richardson police allege that Sini left Sherin at home alone on the night of October 6. The police stated that the accused turned herself in on Thursday and that her bond has been set at $250,000.

The police said Sherin was left home alone for one-and-a-half hours on October 6, while her family went out for dinner, as a punishment for refusing to drink milk. The toddler was reported missing later that night.

Cell phone records, interviews confirmed that Sini and husband Wesley Mathews went to dinner with their 4-year-old biological child while leaving Sherin alone and unattended. In a statement, Sini’s attorney Mitch Nolte confirmed that he escorted the accused to the police department but didn’t comment on the case against her.

The development means Sini will also lose the visitation rights to her biological daughter, who is currently with the CPS. The state had already moved to terminate Wesley’s parental rights.

Wesley remains jailed on a felony injury to a child charge. The Kochi native told the police that the child choked on milk he was trying to make her drink in the early hours of October 7.