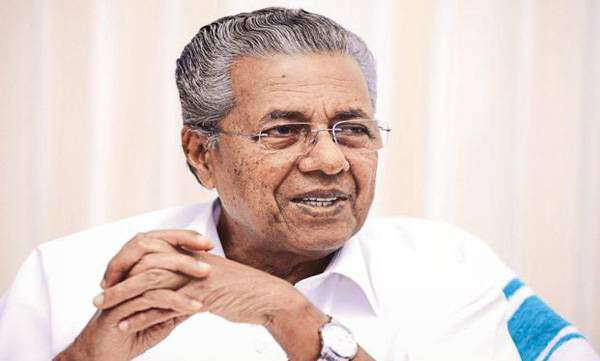 Thiruvananthapuram: The cabinet has passed the Antony Commission report that investigated the sleaze talk case involving former transport minister and NCP leader A K Saseendran, Kerala chief minister Pinarayi Vijayan said. He also briefed the media on the 16 key recommendations in the report.

The chief minister, enumerating the contents, said that the commission has recommended criminal action against the television channel that broadcast the clipping containing a sexually colored conversation between the former minister and a woman journalist at the media company.

The chief minister added that there were no hurdles to Saseendran’s return to the ministerial berth, though he said the matter must be deliberated.

Saseendran, who was speaking to the media after the announcements, said that he had stepped down for the investigation and would wait for a decision from the party leadership regarding his return to the cabinet.

Major recommendations of the commission are:

• Cancel the license of the TV channel which has shown lack of self-regulation. A recommendation in this regard will be send to the Union ministry of information and broadcasting.

• The Press Council of India must be converted into Media Council.

• The state police chief will be instructed to expedite the investigation into the political conspiracy involved in telecasting the audio report on the launch of the new media channel. The allegations around the laxity in the investigation and sabotage will also be probed.

• Cybercrime special cell must be formed.

• Set up a special court in Ernakulam to deal exclusively with cybercrime-related issues.

• The existing rules and regulations in India that regulate the media sector must be completely repealed and replaced with a brand new legislation on the lines of the Communication Act in Britain.

• There should be guidelines on interactions between the legislature and the media.

• The media company has been accused of deliberately telecasting controversial and ‘unverified content’ to raise their media ratings on their launch day.

• The action on the recommendations and the findings of the commission will have to be further studied by another body, ideally headed by the chief secretary.