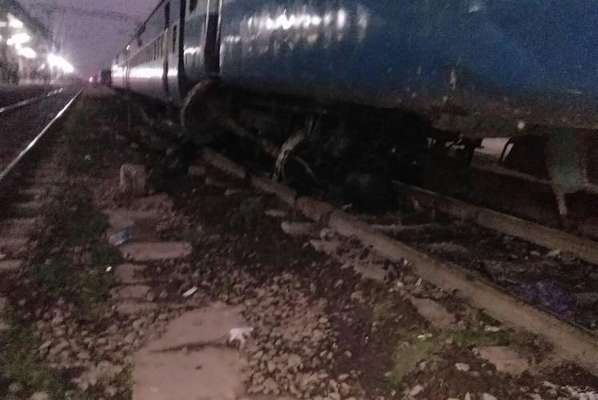 At least three passengers were killed and over seven others injured after 13 coaches of the Vasco Da Gama-Patna express derailed on Friday near Manikpur in Uttar Pradesh, railways officials said.

The accident occurred at the Manikpur station in Chitrakoot district at 4.18 a.m.

Railway Ministry spokesperson Anil Saxena told IANS: “Three people have died and about seven persons. All the injured were shifted to nearby hospitals for treatment.”

North Central Railway spokesperson Amit Malviya told IANS that a train with the remaining passengers left for Patna at 7.25 a.m. from Manikpur.

Additional Director General (Law and Order) Anand Kumar said the derailment occurred due to a fracture in the railway tracks.

Two of the victims were identified as Deepak Patel and his father Ram Swaroop from Betia, Bihar. The third person succumbed to his injuries later.