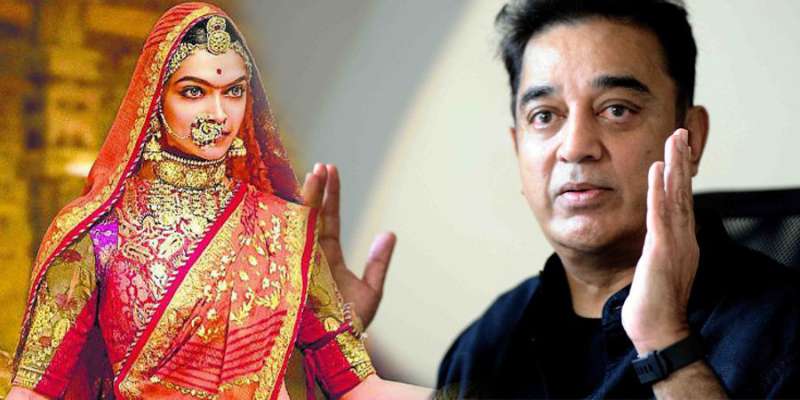 Chennai | Veteran actor Kamal Haasan has come out in support of actor Deepika Padukone, who portrays the titular role in Sanjay Leela Bhansali-directed “Padmavati”, saying that he wants her head to be saved.
The release of “Padmavati” has been postponed amid protests by various Rajput groups and political leaders.
Recently, a Haryana BJP leader offered a bounty of Rs 10 crore to anyone beheading Bhansali and Deepika. He has been served a showcause notice from his party.
“I want Ms Deepika’s head. saved. Respect it more than her body. Even more her freedom. Do not deny her that,” Haasan tweeted.
“Many communities have opposed my films. Extremism in any debate is deplorable. Wake up cerebral India.Time to think.
We’ve said enough. Listen Ma Bharat,” he added.
The Central Board of Film Certification had returned the application of the film citing “technical issues” after protests erupted over the magnum opus on the legendary queen of Chittor, with various Rajput groups and politicians accusing the director of “distorting historical facts”.