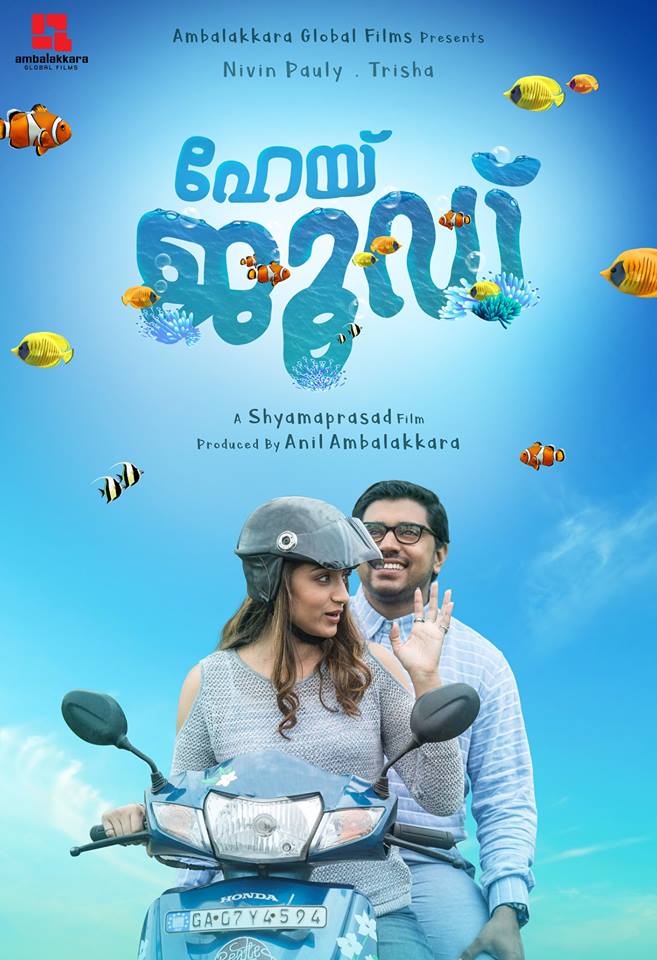 Nivin Pauly and Trisha’s film Hey Jude first look is out and it looks like a breath of fresh air. We see Trisha riding a two-wheeler and Nivin Pauly looks nerdy, complete with the bespectacled-look. The film was mainly shot in Goa and it looks like the makers took inspiration from the sea as well. We get to see a blue and cute fish everywhere.

Director Shyamaprasad wrote, “Finally, Hey Jude is ready to get out for publicity.

Hey Jude marks Trisha’s debut in Malayalam film industry and is directed by Shyamaprasad. His last outing, Ivide, also starred Nivin Pauly. Hey Jude is Nivin Pauly and Shyamaprasad’s third film together. In the film, Nivin essays the role of Jude and Trisha plays the character of Crystal. The name of the movie is said to be inspired by the Beatles’ song of the same name.

This romance-drama is all about love, self discovery, healing and transformation. It centers on how Jude and Crystal’s relationship changes their life.