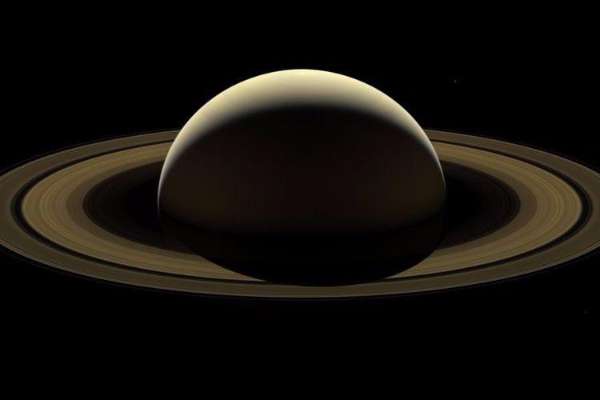 NASA has released a stunning image mosaic of Saturn assembled from the images snapped by the Cassini probe during the final leg of its journey.

Cassini’s wide-angle camera acquired 42 red, green and blue images, covering the planet and its main rings from one end to the other, on September 13 and imaging scientists stitched these frames together to make a natural colour view, NASA said on Tuesday.

The image is Cassini’s tribute to Saturn that had been its home for over 13 years.

One last, lingering look: a new mosaic reveals #Saturn and its rings as seen during the final days of our journey https://t.co/nwVEb30UVO pic.twitter.com/8mOEKKMBg6

“This ‘Farewell to Saturn’ will forevermore serve as a reminder of the dramatic conclusion to that wondrous time humankind spent in intimate study of our Sun’s most iconic planetary system,” said Carolyn Porco from the Space Science Institute in Boulder, Colorado.

Launched in 1997, the Cassini spacecraft orbited Saturn from 2004 to 2017. Cassini ended its journey with a dramatic plunge into Saturn’s atmosphere on September 15, returning unique science data until it lost contact with Earth.

“Cassini’s scientific bounty has been truly spectacular — a vast array of new results leading to new insights and surprises, from the tiniest of ring particles to the opening of new landscapes on Titan and Enceladus, to the deep interior of Saturn itself,” said Robert West from NASA’s Jet Propulsion Laboratory in Pasadena, California.

During its historic exploration, Cassini discovered that Saturn’s planet-sized moon Titan has three large seas, all located close to the moon’s north pole, surrounded by numerous smaller lakes in the northern hemisphere.

For decades, scientists did not know why Saturn’s icy moon Enceladus was the brightest world in the solar system, or how it related to Saturn’s E ring. Cassini found that both the fresh coating on its surface, and icy material in the E ring originate from vents connected to a global subsurface saltwater ocean that might host hydrothermal vents.

With its global ocean, unique chemistry and internal heat, Enceladus has become a promising lead in our search for worlds where life could exist.