CM Palaniswami claims victory in the war for ‘two leaves’ 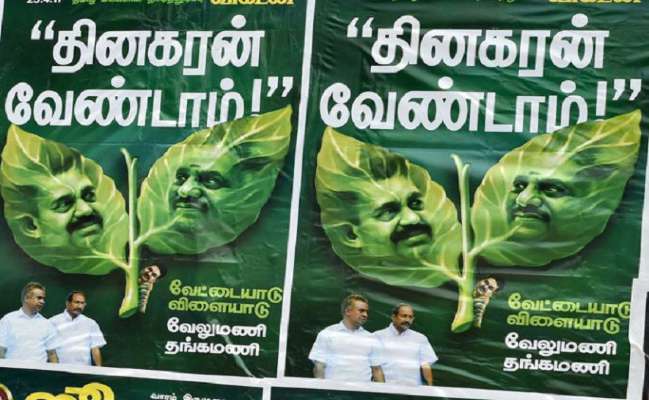 Tamil Nadu chief minister K Palaniswami said the Election Commission on Thursday alloted the AIADMK symbol — ‘two leaves’ — to his camp, in what could be another blow to the rival group led by jailed leader VK Saiskala and her nephew.

The poll panel too confirmed its decision later in the day. “…the petitioners group led by Shri E Madhusudhanan, O Panneerselvam and S Semmalai, and also supported presently by the impleading applicant Shri EK Palaniswami… enjoys support of majority of members, both in the organizational and legislature wings of the All India Anna Dravida Munnetra Kazhagam,” the EC’s release said.

CM Palaniswami described the development as a “welcome step” and the happiest day for the party, news agency PTI reported. Palaniswami told reporters that their faction had provided all the necessary documents and affidavits to prove its claim.

“We are happy with the EC decision. We are waiting to get the full order,” former MP and party spokesperson KC Palaniswamy told IANS.

The ruling All India Anna Dravida Munnetra Kazhagam (AIADMK) has been wracked by factional wars since the death of its matriarch and former CM J Jayalalithaa about a year ago.