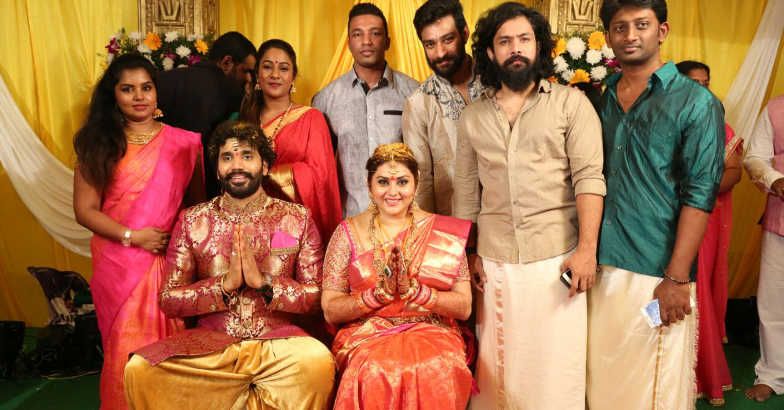 South Indian actress Namitha and producer Veerendra Chowdhury tied the knot at Tirupati Friday morning. Namitha, who is known for glamorous roles in several big-budget films in Tamil and Telugu, has been staying away from mainstream cinema for quite sometime now. However, she appeared on a popular TV show Bigg Boss, recently.

Namitha wore a pink saree and adorned herself with adequate collection of golden jewelry. Meanwhile, Veerendra wore a sherwani and a dhoti for the traditional wedding ceremony. Later they changed to blue attire.

The 36-year-old actress had announced the wedding with her boyfriend through a video released on social media, which went viral. The marriage was held at ISKON temple in Tirupati early morning.

The ceremony was attended by friends and family members of the couple. Actor Sarathkumar and wife, actor Radhika, were also present.